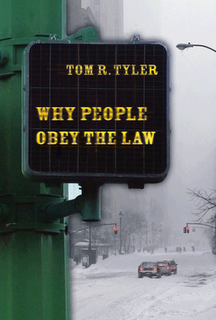 "This is the first time since I was arrested that I've felt treated like a human being," George (his name has been changed) said in a social service class a few months ago.

George's story might help me solve a puzzle about Bronx Community Solutions: why we've been able to increase compliance with community-based sentences by 40 percent.

I was struck by George's comment, and have thought of it often since. George had spent the first hour of the class silently seething, his arms folded and his expression set in a fixed glare. When he finally spoke, he shared his frustrations about the experience of being arrested on a drug possession charge. After spending the night in jail, his defense attorney hurriedly advised him that if he pled guilty, he would not have to spend any more time in jail. His court appearance was a brief burst of incomprehensible legal jargon followed by an assignment to complete three days of Bronx Community Solutions.

George remained silent the entire time. "I told myself that I wasn't going to talk to anyone while I was still in the system," he told the class.

Now George was breaking his own rule. He was still in the system - the court had mandated him to complete the class. But something about the experience of being in the class was different. He wasn't there by choice but when he felt "treated like a human being," he began to open up, talk about his struggles with drug addiction and take an active interest in completing his court order.

Increasing compliance rates is one of Bronx Community Solution's most important goals. We know from the research that in large urban courts, only 50 percent of low-level offenders complete a community-based mandate such as community service, making it the judicial equivalent of flipping a coin.

These low compliance rates can not only undermine judicial confidence in alternative sentences, but can overwhelm the criminal justice system. Non-compliance places a burden on the police, who have to enforce warrants for non-compliance, and the courts, who have to schedule judicial hearings for individuals returned on a warrant.

Compliance is also a good indicator of whether we're accomplishing our other goals, such as ensuring offender accountability or encouraging individuals to access services voluntarily. Nothing gets done if people don't show up in the first place.

So why are compliance rates with court orders typically so low in large urban jurisdictions? Social psychologists, such as Tom Tyler of New York University, argue that this is the wrong question to ask. Instead, they flip the question around, examining what motivates people to obey in the first place. “Compliance with the law cannot be taken for granted,” writes Tyler.

To Tyler, the key element to compliance is legitimacy – whether or not individuals believe that the courts (or the police) are “entitled to be obeyed.” In Tyler’s research, legitimacy is much more important than “fear of punishment,” or the threat that by not complying, an individual will face negative consequences such as a jail sentence.

Central to the idea of legitimacy is fairness: the sense that the courts are treating individuals with dignity and respect, that rules are being applied in a neutral fashion and individuals have the opportunity to add their input when decisions are being made. “People who feel fairly treated,” Tyler writes, “are more willing to accept decisions, even if those decisions are unfavorable, and irrespective of whether they think they will be caught and punished if they do no accept them.”

The idea of fairness informs everything we do at Bronx Community Solutions, starting with little things such as offering participants a glass of water when they enter the intake office. The goal is to set a different tone for participants. As one man told us in an interview last July, “you guys seem to know how to make a person feel a little bit better [when we’ve been] sitting in a bullpen for 24 hours.” (Immediacy, or ensuring that intakes occur the same business day as the court appearance, and that mandates begin as quickly as possible, is also a key factor in increasing compliance rates.)

We’ve also trained our intake specialists to begin their interviews with the question “what just happened to you in court?” to give participant the opportunity to tell their story and to make sure they understand their court mandate. (Legal literacy is very real problem: many of our participants come out of court with only the foggiest notion of what their sentence is.) Our intake specialists also carefully go over participant rights and responsibilities, such as the right to meet with a social worker immediately to discuss an issue such as homelessness or drug addiction.

This respect – and the expectations that go with – is underlined in the social service classes and community service projects that we run. As simple as it sounds, the goal is to listen, to provide consistent information and to offer help when asked. “[You] talk with us on our level,” one participant told us.

In a large part due to these efforts, we've been able to increase compliance rates with Bronx Community Solutions sentences to 70 percent. An additional 10 percent partially complete their mandate.

To be sure, there are limits to what we can accomplish. Unlike the case with George, we won’t always be able to instill a sense of legitimacy with clients who believe they were badly treated in court (or wrongly arrested). And there are some people who will be upset no matter what we do.

The point is that projects like ours can’t waste any opportunities to encourage compliance. The challenge for us is providing a consistent level of individual attention as we grow to close to 1,000 new cases a month, as well as trying, where appropriate, to export the ideas of fairness to the court system as a whole (a challenge taken on by such pioneers as Hennepin County, Minnesota Chief Judge Kevin Burke, who is working to focus court staff on the principles of procedural justice).
Email Post
Labels: Ideas from the Field Social Services

Anonymous said…
Barbara Jordon once said that what the people want is an America as good as its promise. That is also what the people want with respect to their courts. We need to make clear that people have a right to come to court and be listened to, treated with respect and leave understanding why judges made the decisions that we make. It is simply not an excuse to say we have too many cases, we are too tired or too overworked to accomplish that. What is happening in your court embodies everthing that should be happening in every court. Fairness matters because in the end that is what we are suppose to stand for. It also matters because those courts which are premised on fairness are inevitably going to be those courts which have the highest compliace with their orders. Judge Kevin Burke (Minneapolis,Mn.)
3:29 PM

Anonymous said…
It's amazing how a little thing--like offering an offender a glass of water--can make a difference. I like how creative you and your staff are and how you're focused not only on the big picture but on small details as well.
11:06 AM