The below Statement is from the Bronx Borough President about comments made on American Idol about the Bronx on January 19, 2011 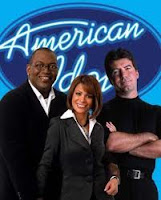 “I am thoroughly disgusted with the treatment of the Bronx on American Idol. Rather than focus on the amazing revitalization the Bronx has seen over the past three decades, the producers of the show chose instead to highlight the negative stereotypes that have plagued our borough for years. The Bronx is the proud home of 1.4 million people, and over the past 30 years we have seen a dramatic drop in crime, incredible new business activity and the development of amazing new infrastructure. The portrayal of the Bronx by the producers of American Idol in such an extremely negative light is not only shameful, it does not accurately represent how far the Bronx has come.
For those who want to learn the truth about the vibrant neighborhoods, world-class cuisine, burgeoning economy and amazing amenities the Bronx has to offer, I invite them to visit the official website of the Bronx Tourism Council, www.ilovethebronx.com.”
Email Post