Community Court in Washington D.C. Shown to be Effective 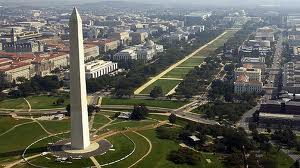 Some great news for community courts!  A recent Westat Inc. research study showed that a community court in east Washington D.C. was effective in reducing rates of reoffending by their misdemeanor defendants.

Across the country, court officials and community members often report that they believe community courts have made a difference in reducing recidivism among their defendants.  Empirical data of those findings, however, has been less available.  This study marks an important step in providing evidence for the efficacy of community courts, and has already prompted concrete change: after preliminary results from the study were circulated among D.C. court officials last year, the court made the decision to expand the community court model to encompass all of the city's police districts as of next January 1.


While Bronx Community Solutions has not yet gathered empirical evidence to specifically support a reduction in recidivism, we track our success through other means.  In 2011, there were over 11,000 cases mandated to BCS in the Bronx, 79% of which were successfully completed.  In contrast, the compliance rate that existed in the Bronx before the inception of BCS was under 50%, showing a 30% increase.  In that time BCS has also worked to reducing the total number of jail days served by non-violent offenders, bringing the number of jail sentences down from 15% to 9%.  Use of alternative sanctions in the Bronx has also increased from 9% in 2004 to 25% in 2008.
More information about the study and the East of the River Community Court project in Washington, D.C. can be found here: Study Shows D.C. Community Court Program Lowered Reoffending Rates